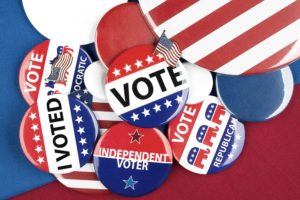 The Voting Rights Act (“VRA”), 42 U.S.C. §§ 1973 to 1973aa-6, is an important civil rights law that protects minorities from discriminatory voting practices. The VRA was meant to prevent voting discrimination in several ways. It prohibits literacy tests, requires jurisdictions to provide non-English ballots, and allows for oral voting instructions. The Act was also meant to protect minorities from vote dilution.

Section 2 of the VRA prohibits jurisdictions from imposing or applying a political process that results in the denial of the right to vote on account of race. This prohibition applies to states, counties, cities, school districts, and any other governmental unit that holds elections. A typical VRA lawsuit alleges that a jurisdiction’s electoral structure dilutes a minority community’s voting power by submerging it in a multi-member district. Vote dilution occurs when the majority votes as a bloc to routinely defeat the minority community’s chosen candidates.

Either private citizens or the United States Department of Justice may sue a jurisdiction under §2 for diluting a minority group’s voting power. In Thornburg v. Gingles, 478 U.S. 30 (1986), the Supreme Court explained that plaintiffs in a §2 vote dilution suit must meet three threshold conditions. First, it must be possible to draw a geographically compact single-member election district where members of the minority group make up a majority of the voting-age population. Second, the minority group must be “politically cohesive.” Third, the majority must regularly vote as a bloc to defeat minority supported candidates. If a Plaintiff meets these threshold conditions, then it must also show that, based on the “totality of the circumstances,” the minority group does not have an equal opportunity to participate in the political process. Plaintiffs in these suits do not have to show that the defendant intended to discriminate.

If you have questions about the Voting Rights Act or would like to discuss issues surrounding the VRA, please email ABG Law at agabel@abglawoffice.com.